Here are the 10 most significant trends for the Software as a Service (SaaS) industry this year.

In short, this list of SaaS trends will help you get a feel for what’s coming around the corner.

Vertical SaaS is software created for a very specific niche. 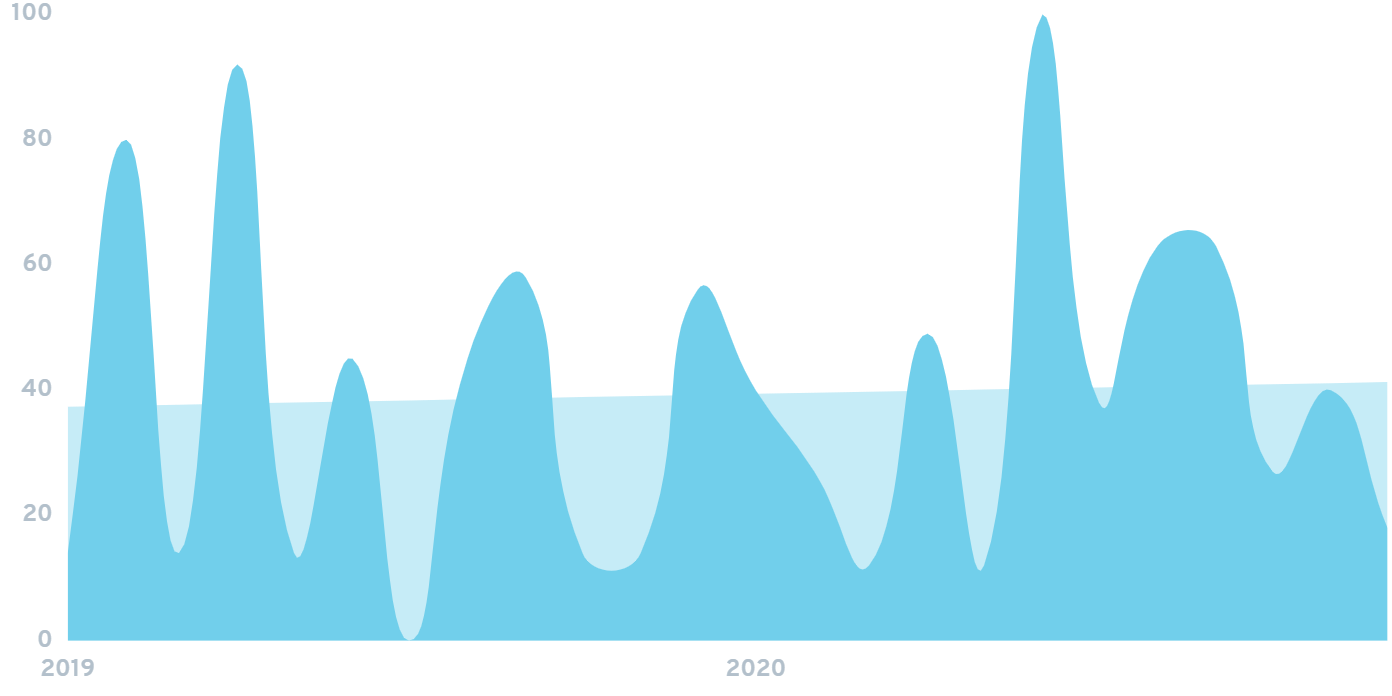 Search volume for "vertical SaaS" over time. Raw searches are still low, so fluctuations are to be expected, but searches are up over a 2-year period.

For example, Brightwheel is an app designed specifically for people that work at day care centers. 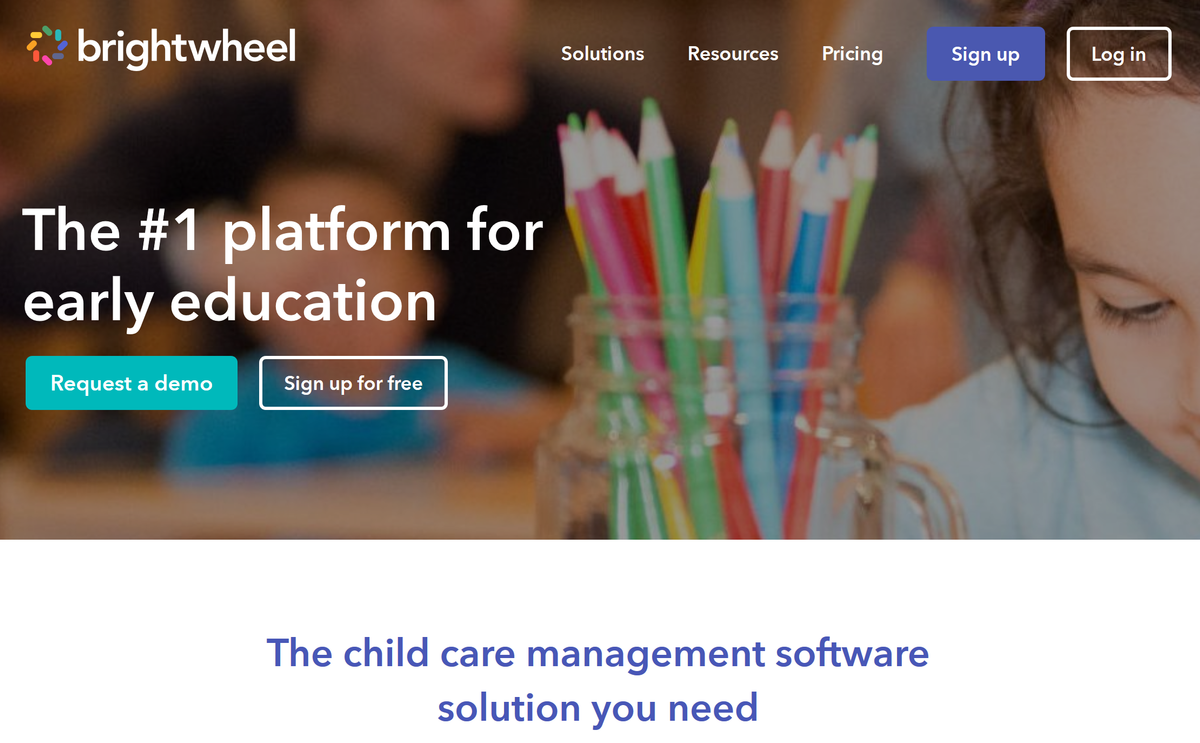 Brightwheel is an example of a software product designed for a very specific vertical.

Which means they can tailor their product to meet the specific needs of day care center staff.

And don’t confuse “niche market” with “too small to be worth your while”. According to Crunchbase, Brightwheel has raised $33.8M in funding to date.

Why is vertical SaaS on the rise?

Well, the great thing about SaaS is it’s dirt cheap compared to something you’d get custom-built.

Let’s say you want accounting software for your tennis court business. Back in the day you’d have to pay Oracle $250k to make a tool just for you. Today, you can pay $50/month to access a SaaS product that does basically the same thing.

But that compromise comes with a cost.

You know that feature that helps you quickly note whether a customer is playing singles or doubles? Well, that’s not available in any SaaS product because literally .0001% of their users would need it. Even though that one feature would save you two hours every week.

Which is leading many people to ditch one-size-fits-all solutions. Instead, they’re turning to SaaS products that meet their very specific needs.

And entrepreneurs that create software products specifically for niche markets have the potential to grow super quickly.

Even pre-pandemic, Owl Labs reported that 56% of US companies had employees on staff that worked remotely.

This trend was kicked into overdrive by Covid-19. The 2020 report from Owl Labs found that nearly 70% of all full-time employees in the USA were working from home.

And many companies are finding that email isn’t enough to keep everyone on the same page.

Slack, with over 12.5M users, is obviously the king of the mountain when it comes to collaboration tools. 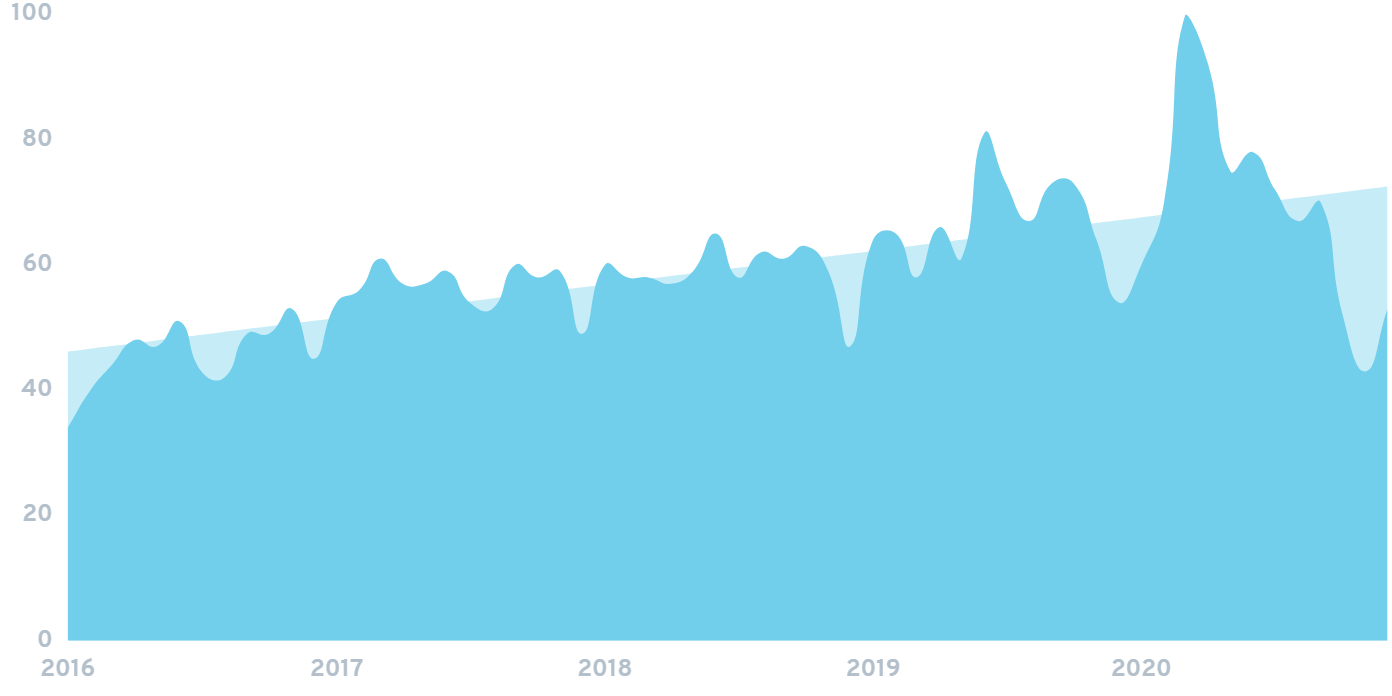 And there’s still plenty of room for tools that help remote teams get things done. Especially those that don’t compete directly with Slack. 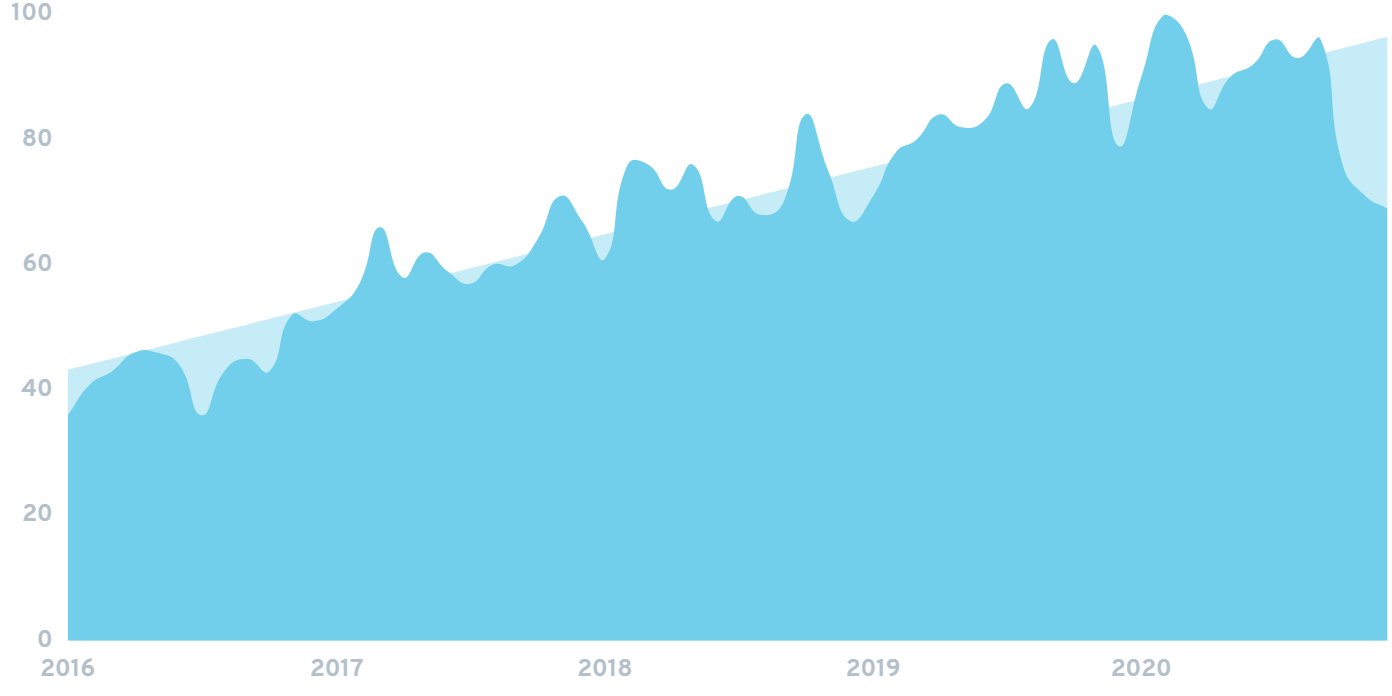 Searches for Codepen, a collaborative coding tool, are following a general upward trajectory.

But there’s an increasing number of martech companies bucking this trend.

Instead of product demos, they have clear, transparent pricing.

And instead of complicated enterprise software with a million features, they do one thing well.

Canva is one of the best examples of the growing “accessible martech” trend. 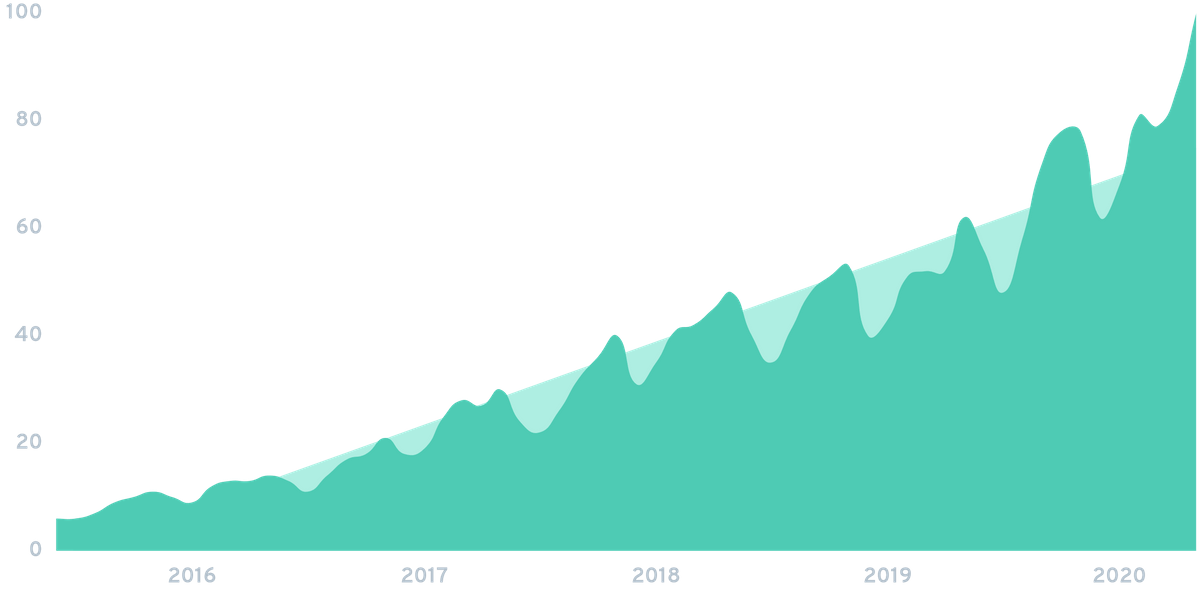 Interest in Canva continues to grow.

Unlike martech from back in the day, you don’t need a product demo to see the tool in action. In fact, there’s a free trial.

And instead of “contact us for pricing”, Canva has a list of their different plans that anyone can see. 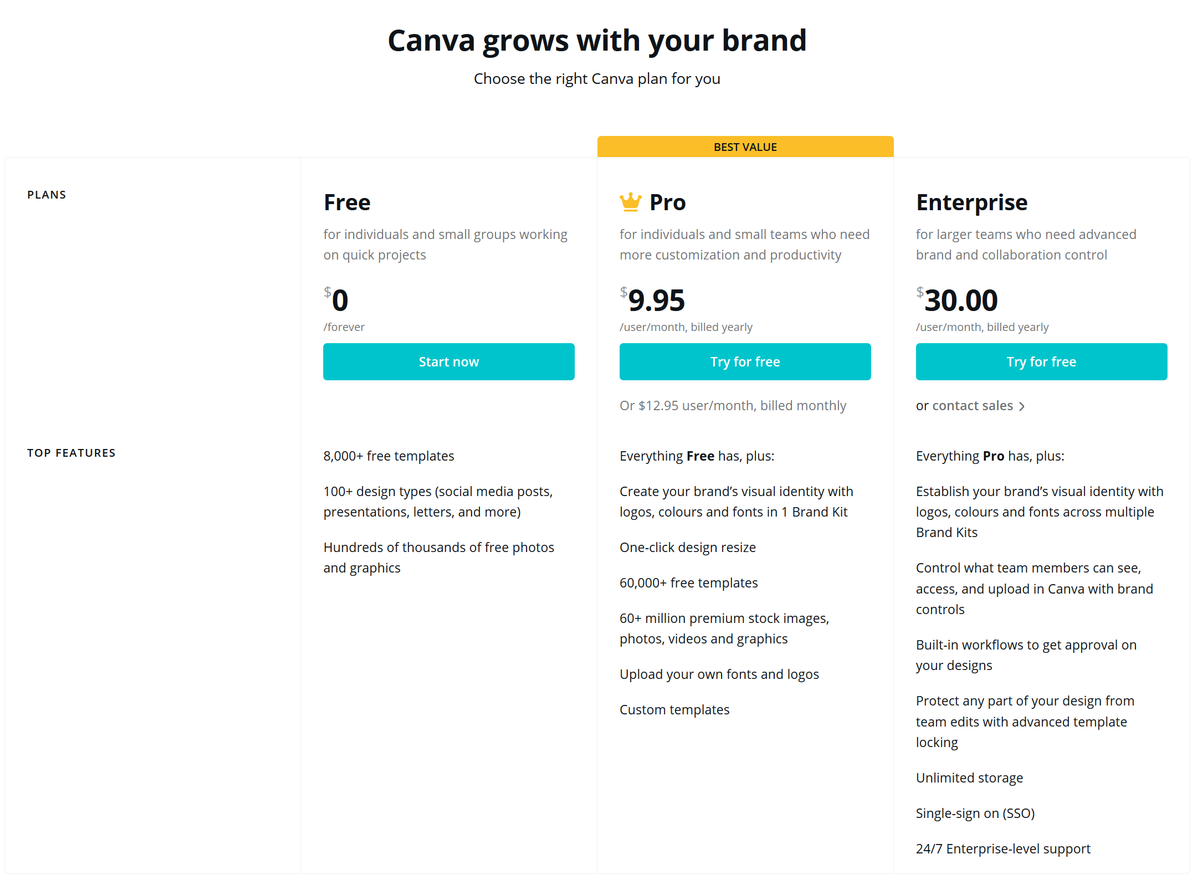 Canva's clear pricing separates it from martech companies of old.

The SEO software suite Ahrefs is another great example of the accessible martech trend. 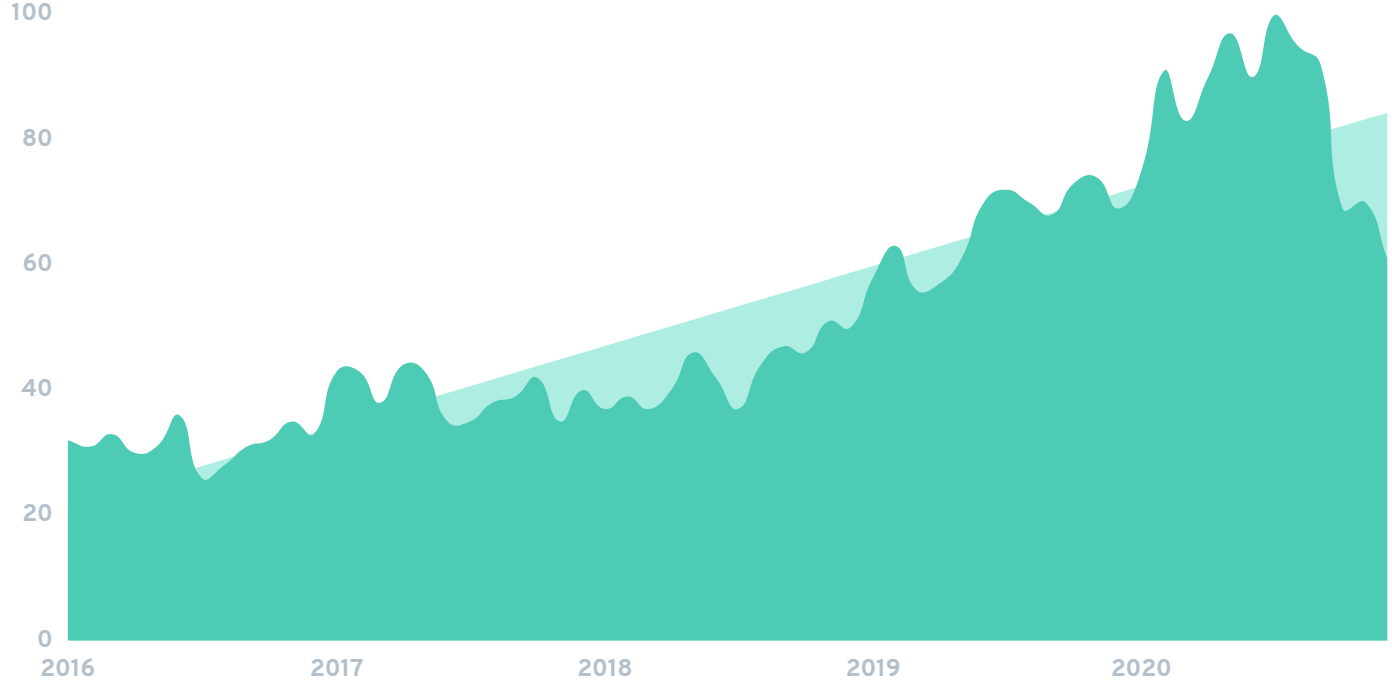 SEO software company Ahrefs has grown largely due to its product designed for individuals and small teams over enterprise.

Their branding, UX, pricing, and trial accounts are all designed to appeal to individuals and small businesses.

AI is getting integrated into software of all types.

Even a few that you wouldn’t expect. 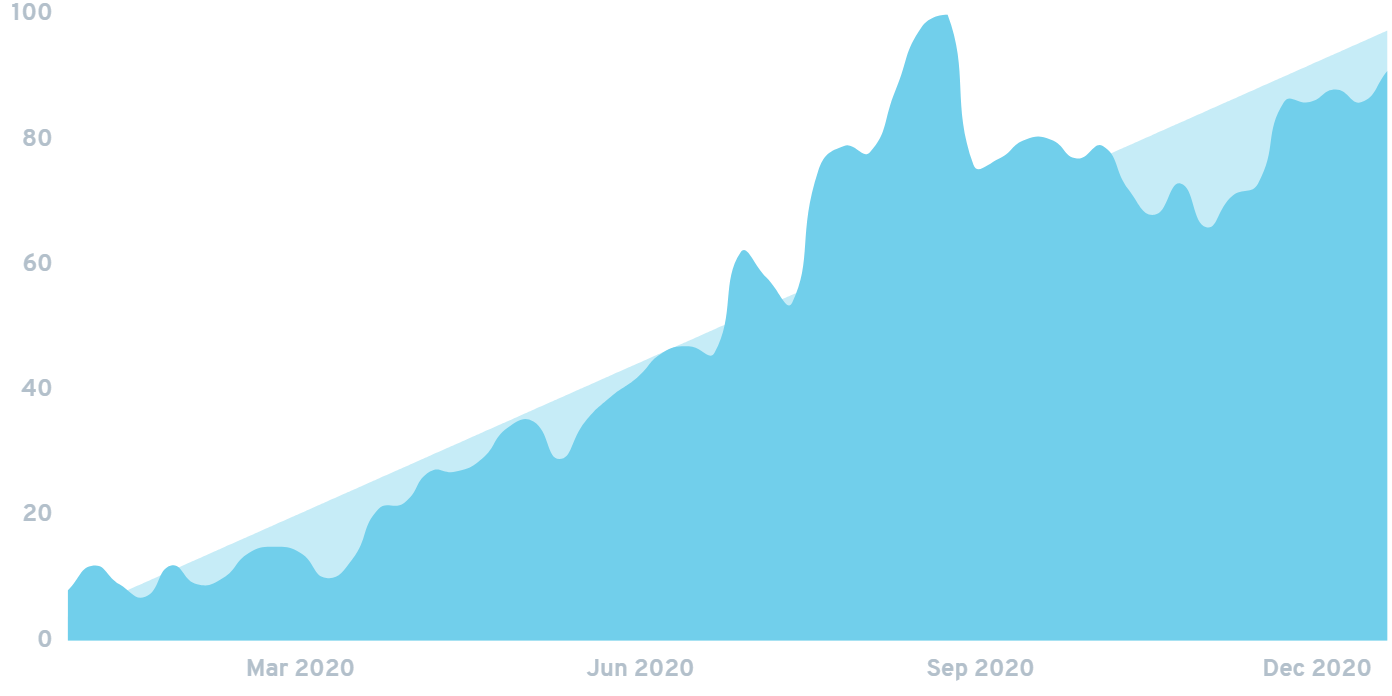 RemoveBG is one of many SaaS companies using AI to enhance their software. Searches climbed steeply throughout 2020.

That’s not to say that your software needs a machine learning algorithm to get traction.

But more and more people are expecting AI as a feature. Especially in B2B.

Even if your AI is something invisible that runs behind the scenes to make the software work better. 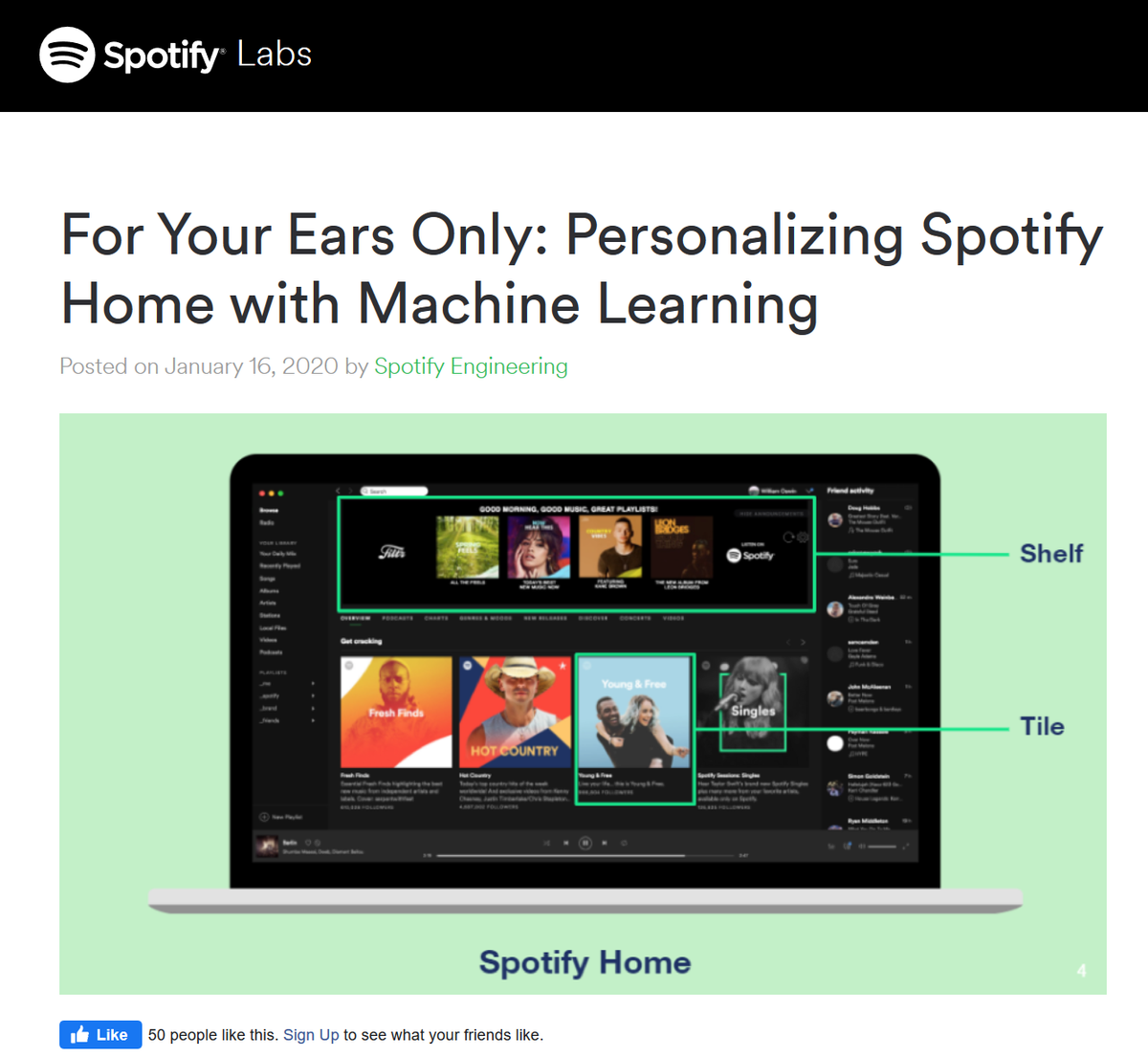 Spotify's homepage is populated with songs that a machine learning algorithm picks out.

They don’t boast “we use machine learning!” on their homepage. But their AI integration is an important part of why their software has done so well.

That said, there are no shortage of startups that use machine learning as part of their positioning.

One example of this is Alphasense.

They put their AI-focused software front and center: 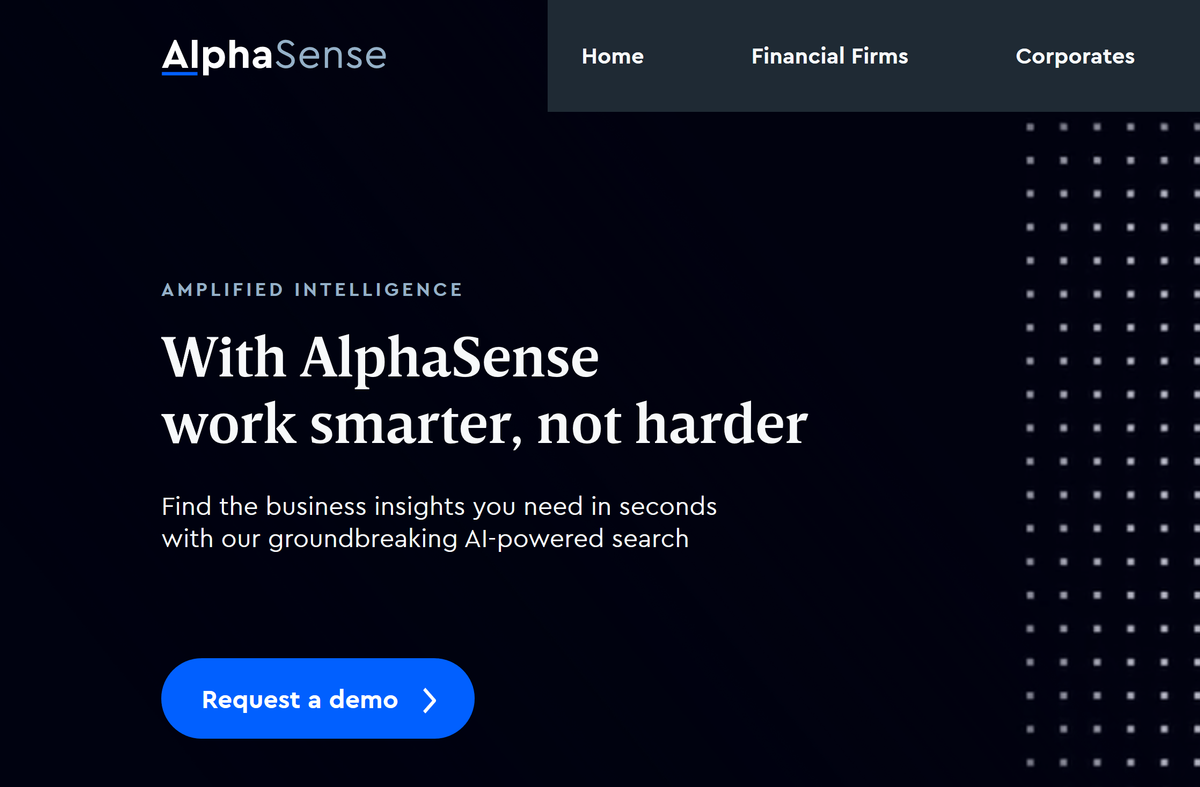 Alphasense makes AI part of their branding and positioning.

Coding software from scratch is quickly becoming a thing of the past.

Instead, a growing number of software developers are building apps and websites with low-code platforms. 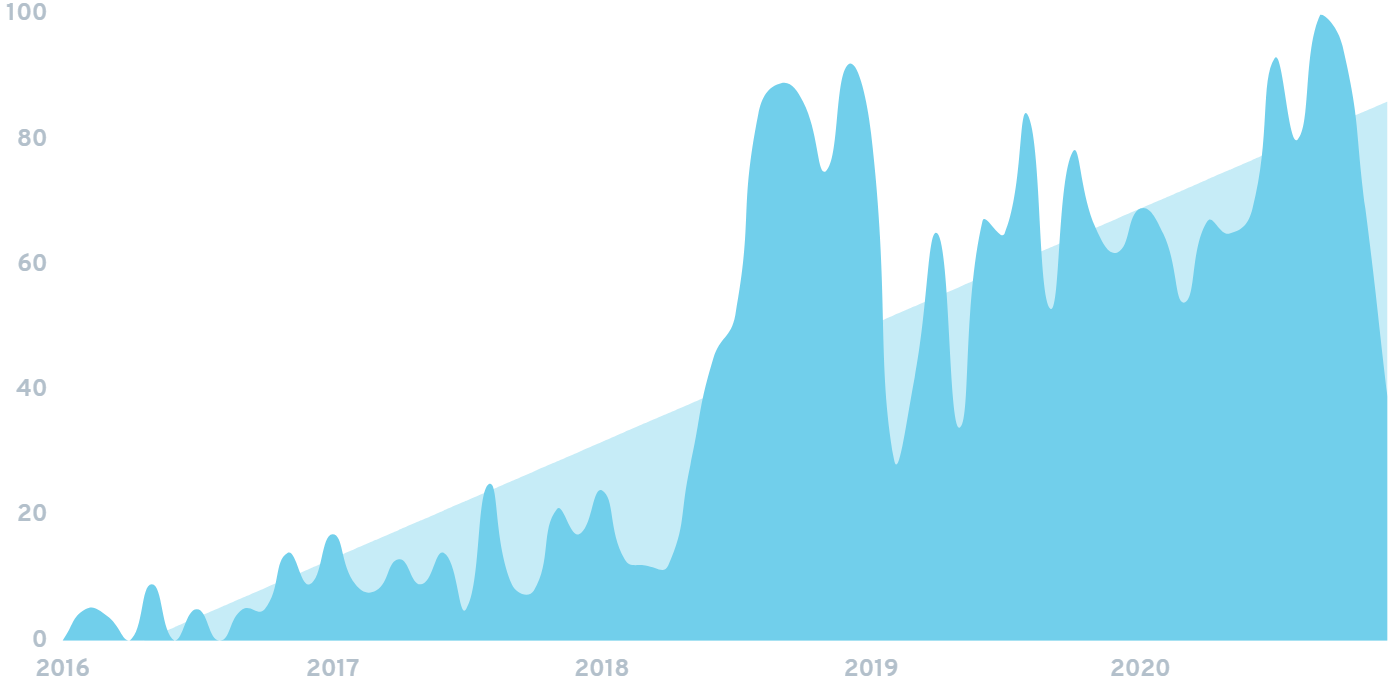 Searches for "low-code" exploded in 2018 and have kept on growing.

In fact, Research and Markets reports that the low-code industry could be worth $187 billion by 2030.

Low-code is just like it sounds: it’s developing an application with minimal coding.

Why is low-code such an important SaaS trend?

First of all, building an all with a low-code platform like Ninox can save lots of development time. 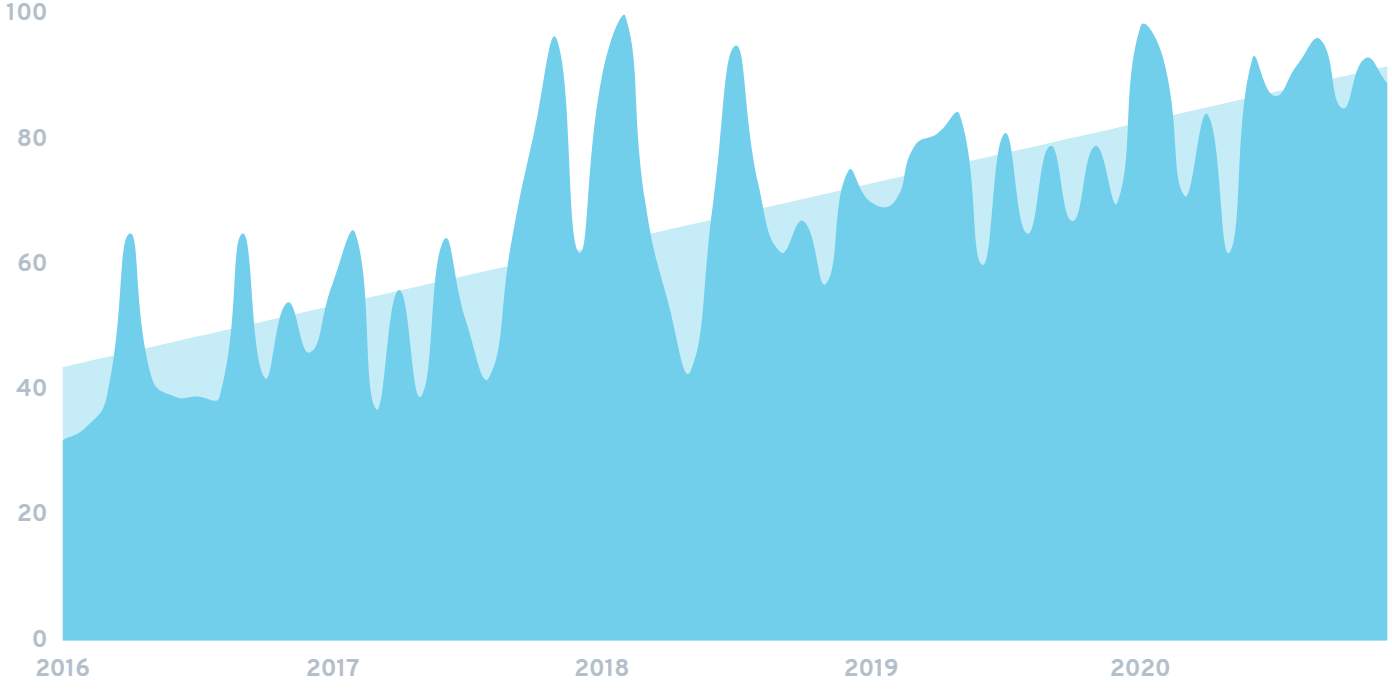 Ninox is one of many growing platforms that help people create software with no-code or low-code tools.

Instead of manually coding something line-by-line, a low-code platform can help you build applications with “visual programming”. In other words: a drag and drop style interface. But for coding.

Low-code (and its cousin, no-code) opens up app development to the millions of people that want to get into SaaS. But don’t have the skills to build an app from the ground up. For example, maybe you know a little bit of Ruby on Rails or Javascript. But not enough to create an entire application.

Well, you can use a low-code platform to build a lot of the key features that you want in your software product. And you can manually code the rest.

For example, Lattice built and now runs their entire website on a no-code environment (Webflow). 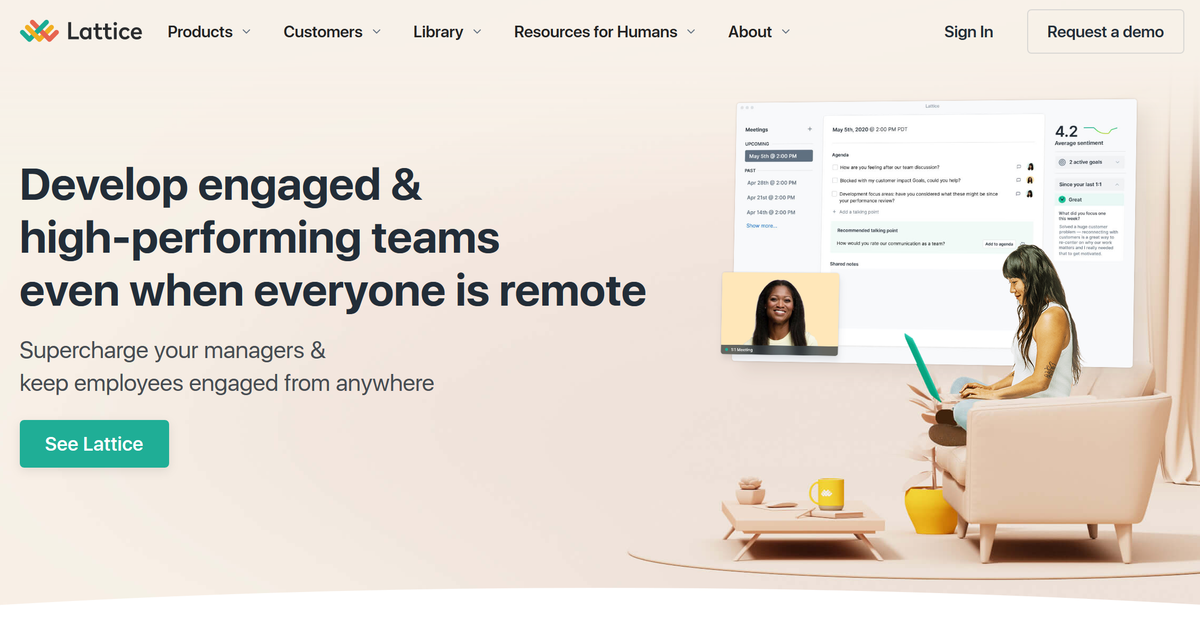 Lattice, like many established companies and startups, are turning their web development over to low-code platforms.

Amazon’s AWS has been an absolute game changer for the entire SaaS industry.

Before AWS, startups had to build their own server infrastructure. And had to figure out how to scale up as they grew.

Today, most SaaS products host everything on Amazon’s cloud platform. Which allows startups to focus on what they do best: making awesome software.

For example, meal delivery app Deliveroo used AWS's EC2 to help them scale as they achieved rapid and unexpected growth. 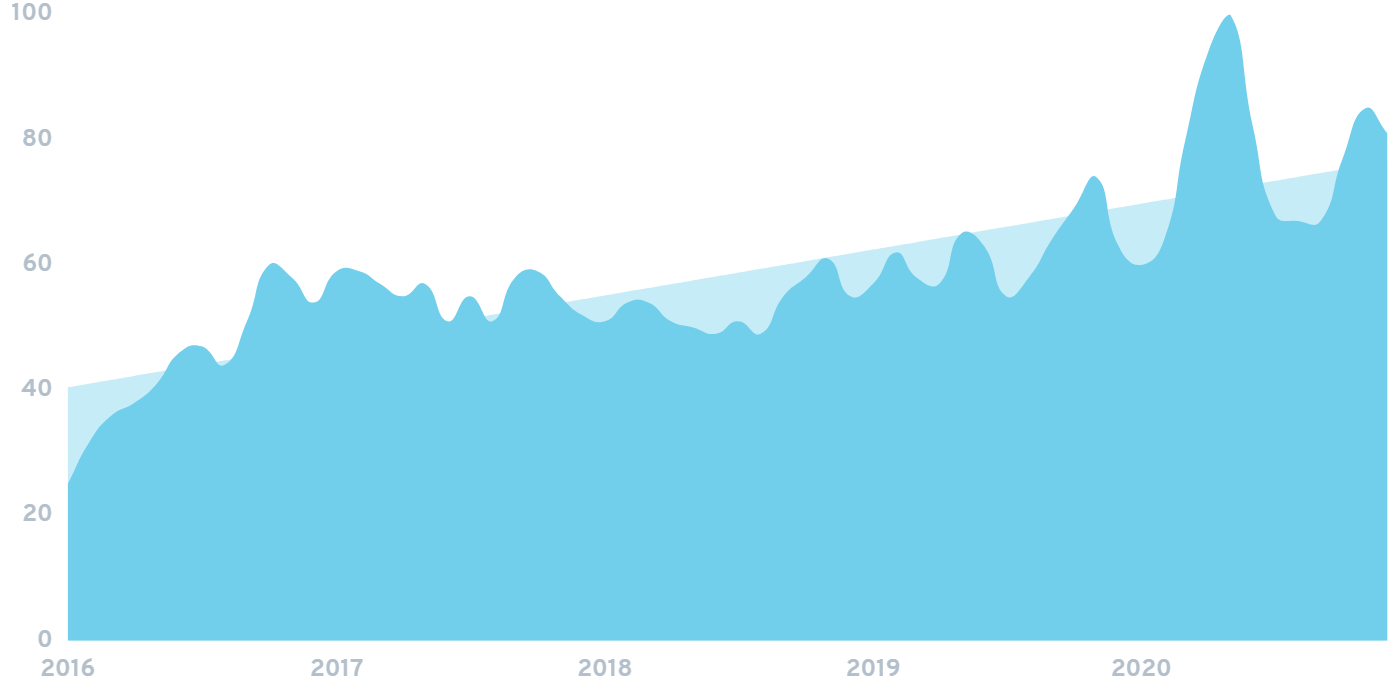 Like many growing apps, Deliveroo runs a lot of its infrastructure on AWS.

Over the last few years, AWS has expanded well beyond cloud computing. Today, AWS has dozens of different products, including:

In short, AWS is pulling an Amazon: slowly expanding until it becomes “one stop shopping” for software developers.

Thanks to low-code tech and cloud platforms like AWS, creating a SaaS product is relatively easy.

The hard part is getting people to even know that your software exists.

Social media and Facebook ads have their place. But they come with some serious issues.

Facebook ads are great to get early traction. But it’s tough for pre-revenue SaaS companies to scale.

Which is why an increasing number of SaaS companies are using content marketing and SEO to get traffic and users. 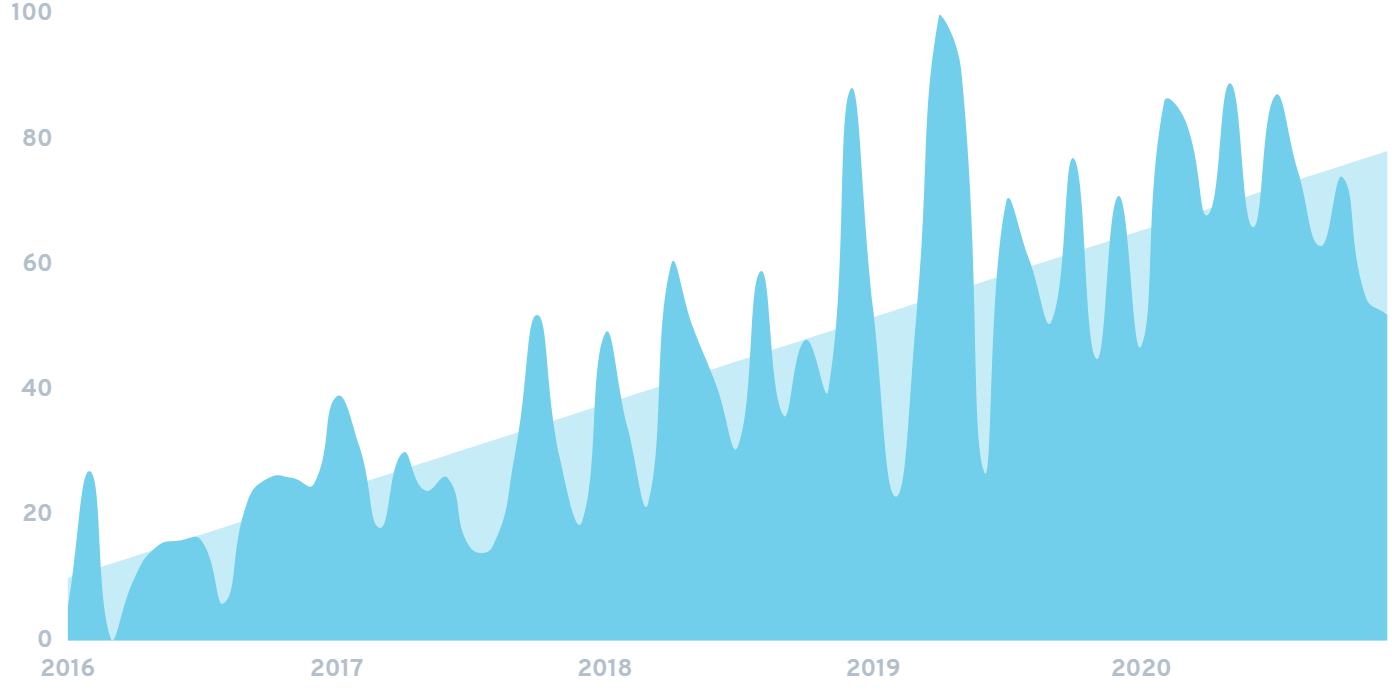 For example, HubSpot has built an $866+M B2B SaaS business on the back of SEO.

Plus, organic “reach” on Google is still quite high. Sparktoro reports that about half of all Google searches result in a click on the organic results. Google's organic CTR is lower than it used to be. But it’s still much higher than most social media networks.

Google's organic CTR is lower than it used to be. But it’s sky-high compared to most social media networks.

A high churn rate can mean death for a SaaS startup.

And there’s no shortage of tactics that software companies use to keep customers paying their monthly bill:

Do these tactics work? Yes.

But for many SaaS businesses, they’re not enough.

Which is why there’s a growing number of solutions out there specifically designed to combat churn.

For example, Bonjoro helps companies create onboarding videos that are personalized to each customer. 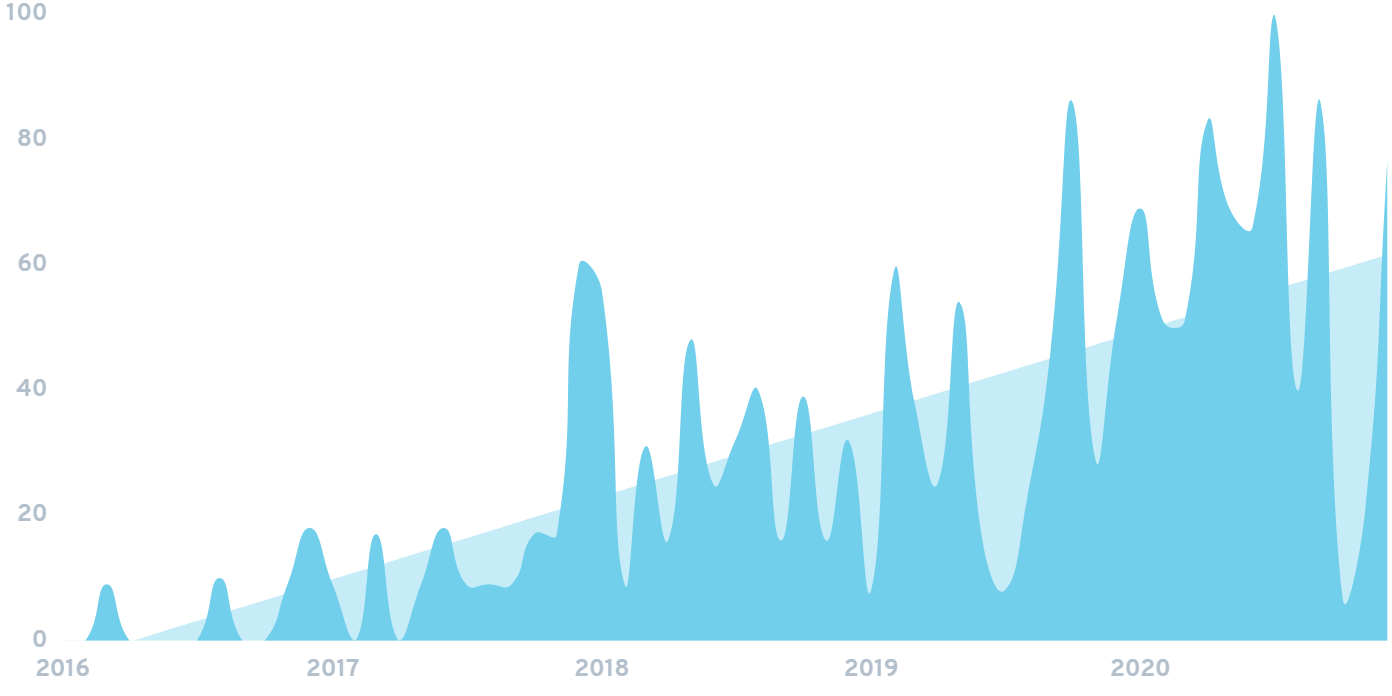 Searches for "Bonjoro" have grown steadily since early 2017.

37% of SaaS founders worry about “hiring the best talent”.

Which is why many SaaS businesses are taking a close look at their “employer branding”. And optimizing for it.

What is employer branding?

Employer branding is branding… for an employer.

In other words, it’s the approach that companies take to make themselves look like a great place to work.

And many Silicon Valley SaaS companies are using employer branding to attract the best developers and managers.

Squarespace does a great job of employer branding on their careers page. 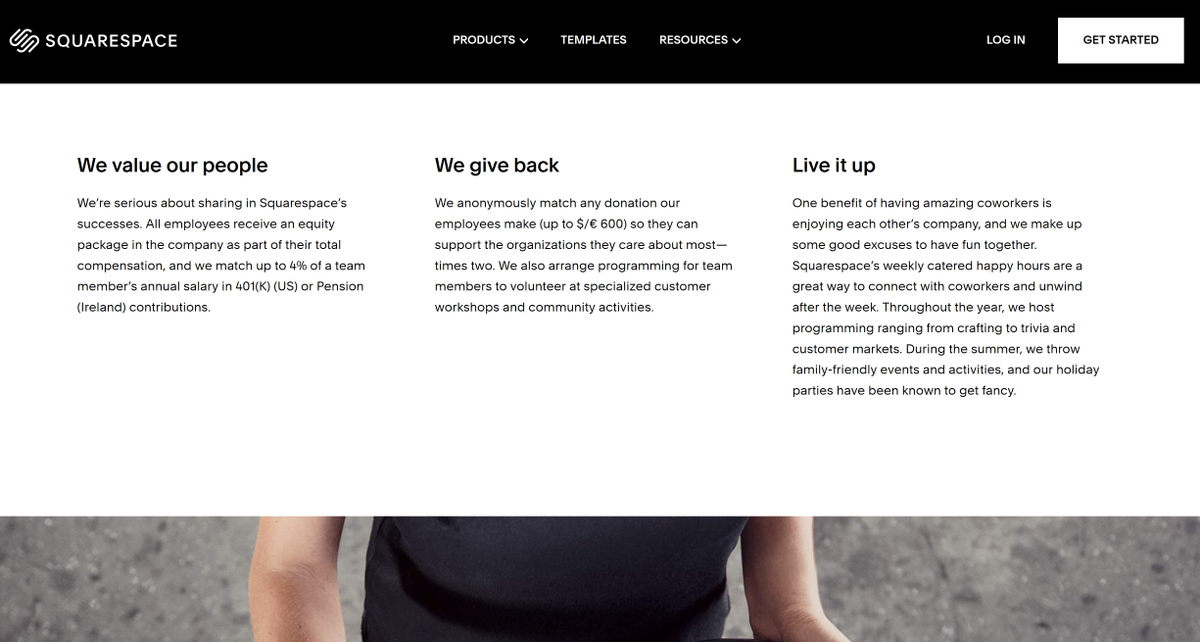 Squarespace, like many SaaS companies, position themselves as a great place to work.

If you’re an amazing JS coder, you can work pretty much anywhere. So your decision comes down to the type of environment that you want to work in. And your perception of that environment comes largely from a company’s employer branding.

When it launched in 2008, the Evernote mobile app offered something novel:

The ability to quickly take notes on your phone, and see them on your desktop later. It was paired with freemium pricing, which was also uncommon at the time.

This made Evernote the default note-taking tool for hundreds of millions of users.

But today, the market for notes apps has splintered.

There are free options like Google Keep, Apple Notes and Microsoft OneNote.

As well as tools like Notion (recently valued at $2B), Obsidian, Liner and Memex.

Some tools “zoom out” from Evernote’s feature set by relegating note-taking to just one small function. 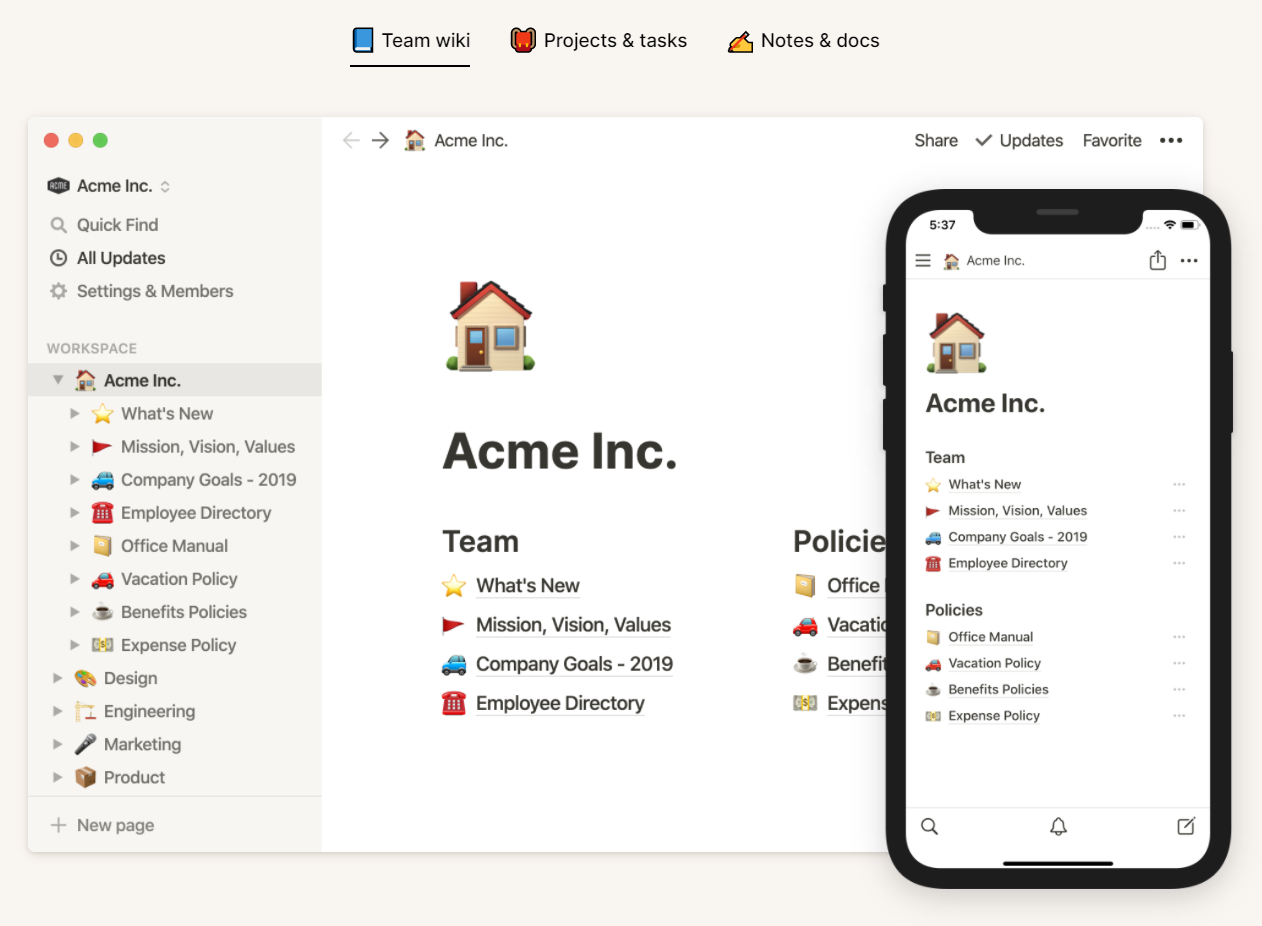 Notion bills itself as "the all-in-one workspace".

While others “zoom in” to focus on a single function of Evernote — striving to do that one thing much better.

And there are plenty of apps that start with Evernote’s basic blueprint and then improve on it in some way.

Like Bear, which adds automatic categorization and Markdown support.

Or Roam Research, which is based on the concept of “networked thought”: a system of linking between related notes. 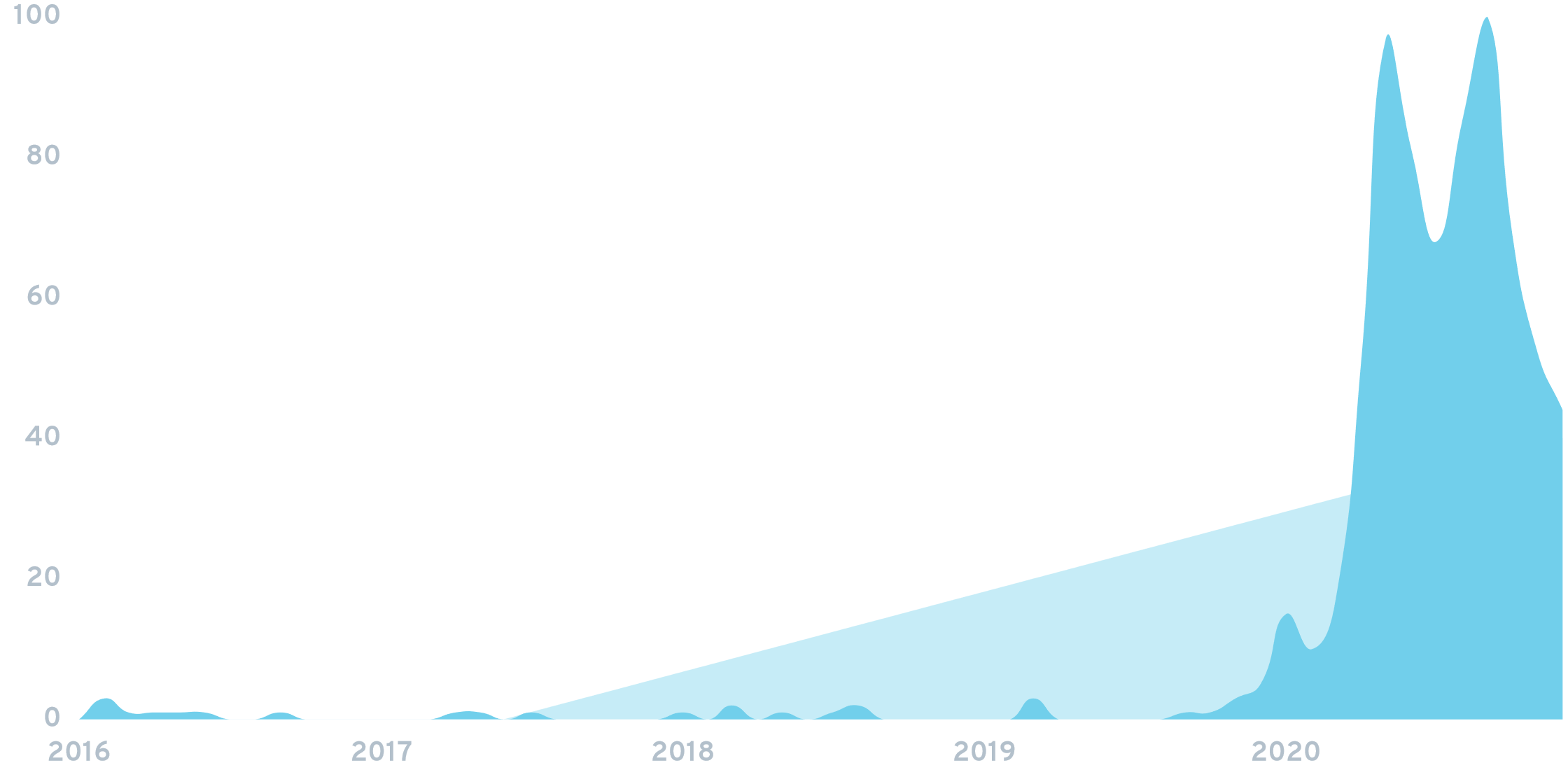 Or Ulysses, which offers goal tracking, direct publishing to Medium, and customizable themes.

Evernote was considered niche when it launched. But it went on to become a tech unicorn.

And now that the app category it started has exploded, we may see many more.

That’s our list of the 10 biggest trends in the SaaS industry right now.

From recruiting, to churn, to development, the software world is always in flux.

And if you want your software company to do well, the fundamentals are super important. But to really thrive, it’s important to keep tabs on the biggest trends.